Well I finished the second day yesterday and it was terrible. I NEARLY broke it by eating an apple. In fairness, I did sort of break it but not really. They were quite subjective about the two hot dogs I could eat yesterday so I ate two veggie sausages for dinner then at around 7pm I ate two slices of ham and two of pastrami. I also ate the other half of the banana which I am supposed to eat today instead so I’m just going to skip that today.

What is making everything a lot worse is that I have a cold. I went to bed at 2030 last night and slept for 11 or so hours just to try to get rid of it. It hasn’t worked it is worse than ever, I am definitely having a nap today.

Anyway this is what I ate:

The diet called for an egg but I really really don’t like eggs at all so I had two tiny pieces of bacon which is a fair substitute apparently. Along with a slice of wholemeal toast and half a banana. 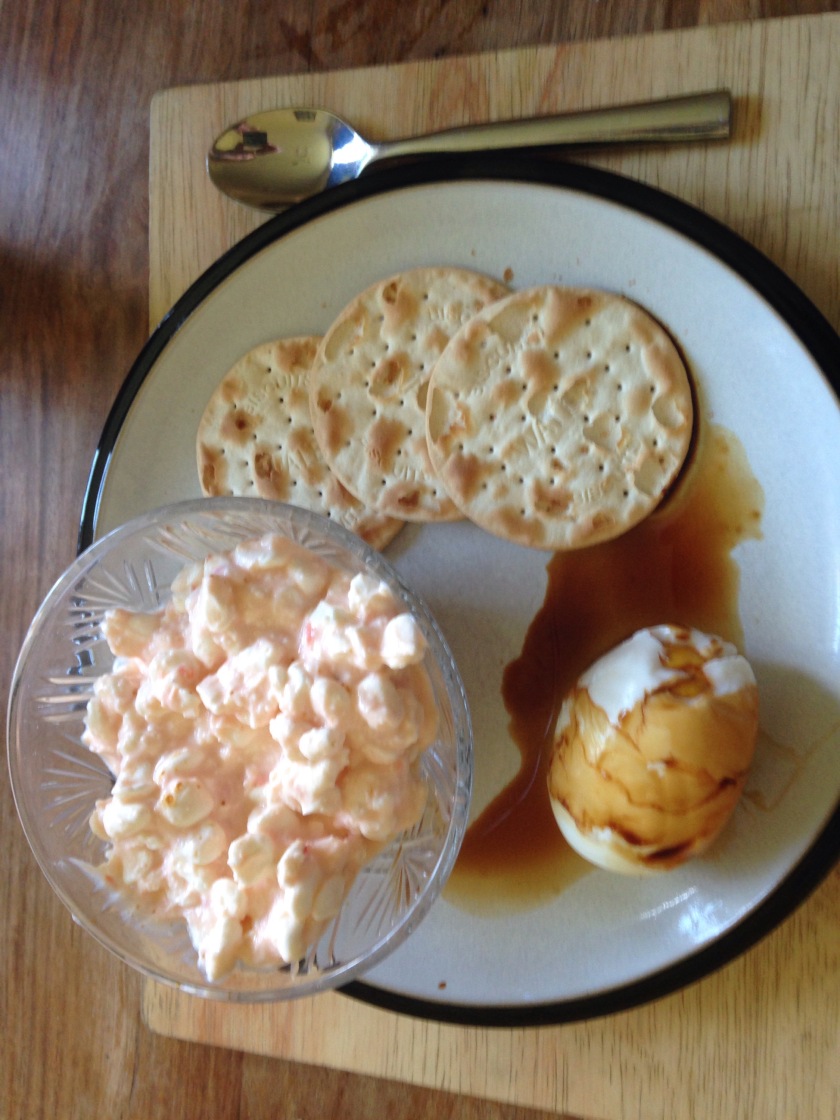 By far the most disgusting lunch I have ever eaten in my life. I forced myself to eat a hard boiled egg and to try to cover the flavour I added some soy sauce. I wouldn’t have eaten it otherwise. I also had chilli flavoured cottage cheese which was also completely foul tasting. I was glad when it was over.

Was delicious! I often eat this anyway.

I think the fact I am not eating ice cream is making this diet harder for me. Greek yogurt even with the jam I add is a lot less calorie  then if I had vanilla ice cream!

It’s funny I am noticing that I am craving just normal food so much like my porridge in the morning and cherry tomatoes at lunch. I can’t wait to have a normal dinner with my family too!